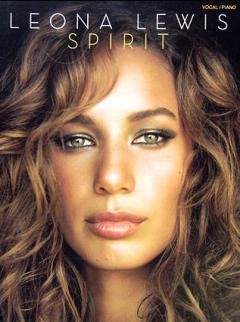 All the songs from the number one debut album from the X Factor winner arranged for piano, voice and guitar. Spirit is the fastest selling debut album of all time selling 375,000 copies in its first week of release. Includes the number one singles A Moment Like This which sold 600,000 copies in it's first week and Bleeding Love which has so far sold 500,000 copies making her the biggest selling singles artist for two years in a row.