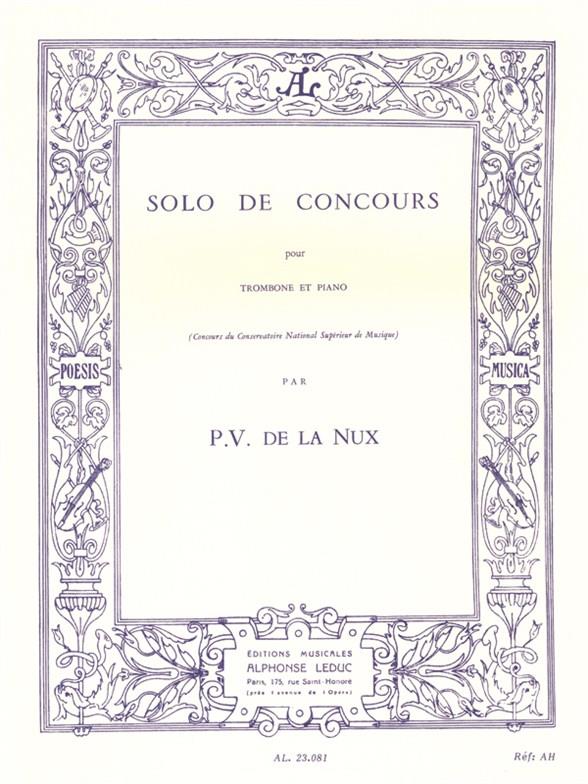 Composed by Paul Véronge de la Nux, Solo de concours is a piece for Trombone and Piano accompaniment initially written for the the Paris Conservatoire contest. It is ideal to demonstrate the abilities of upper-intermediate players. The beginning by the Piano sounds slightly dramatic but the piece turns out to be really melodious, with a hint of nostalgia. A second part is then introduced, fierceful, stronger and faster with the Trombone Solo. The Piano then joins the Trombone for the last part, quite demanding with a faster rhythm and long phrases. The music sounds more cheerful, and leads to a harmonious end. The piece lasts between five and six minutes. Paul Véronge dela Nux (1853-1911) was a French composer. He studied at the Paris Conservatoire and received the Grand Prix de Rome in 1876.