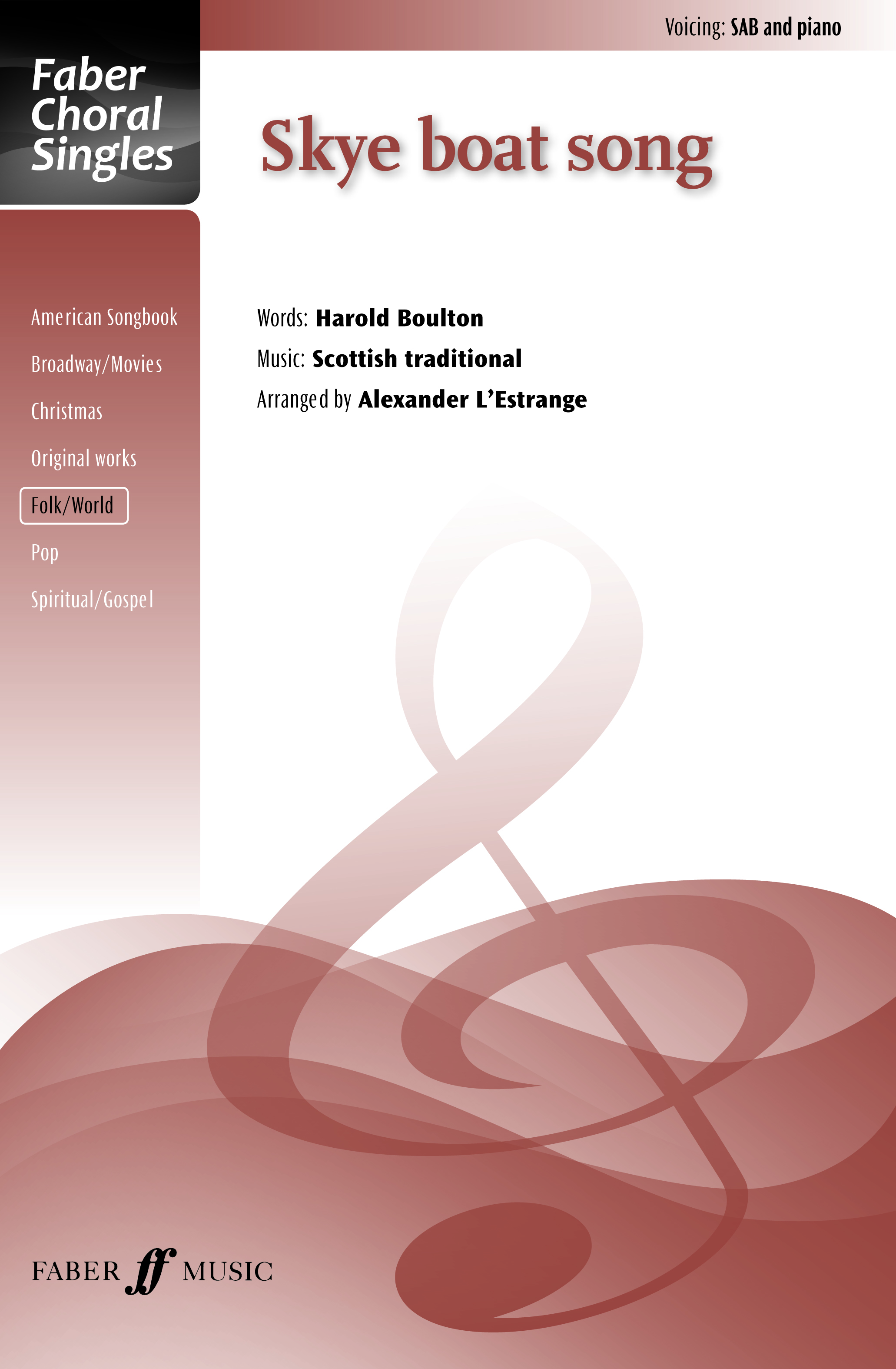 The Skye Boat Song is perhaps one of the best-known Scottish melodies of all. It refers to the story of Bonnie Prince Charlie who, still only a boy, was smuggled out of Scotland to France after the Scots’ defeat by the English at the Battle of Culloden in 1745. Despite there being a huge reward on his head, not one of his faithful Highlanders would betray him to the ‘auld enemy’: a girl named Flora MacDonald disguised him in her maid’s clothes and helped to row him ‘over the sea to Skye’. The words by Sir Harold Boulton date from the nineteenth century.

This piece is part of the Faber Choral Singles series, offering a selection of beautifully crafted arrangements in a diversity of musical styles. From Broadway, pop and folk to spirituals, gospel and original works, the series is arranged for 3-part choir (soprano, alto and a combined male-voice part) providing flexibility for any choir. Complete with straight-forward piano accompaniments supporting the vocal lines, the Faber Choral Singles series guarantees the perfect repertoire for every occasion – so get exploring and get singing!