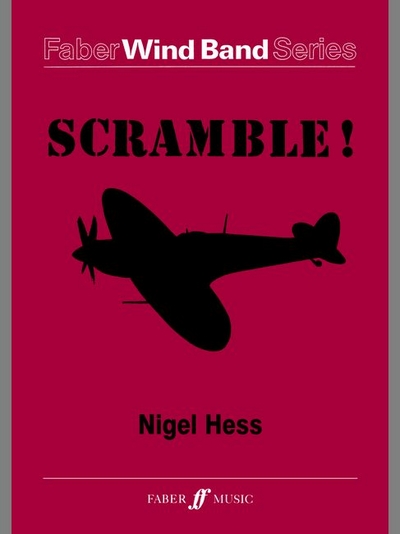 Commissioned in 1994 by the Royal Air Force, 'Scramble!' is a concert overture for symphonic wind band inspired by images of the RAF's airfields during the Battle of Britain, immortalised for ever in such films as 'Reach for the Sky'. The pastoral opening depicts the lull before the storm: the young pilots sitting in wicker chairs outside their barracks on a sunlit morning. The peace is, of course, deceptive, suddenly amid siren sounds, there is a shout of 'Scramble!', and a rush to the waiting planes. In no time at all the squadron is airborne, heading for a skirmish over the English Channel and beyond. A lyrical central section featuring a solo cornet depicts the stillness many pilots described as they flew to engage the enemy, before the battle breaks out once more. For those who returned, it would be only a short while before, once again, they would hear the familiar shout of 'Scramble!'