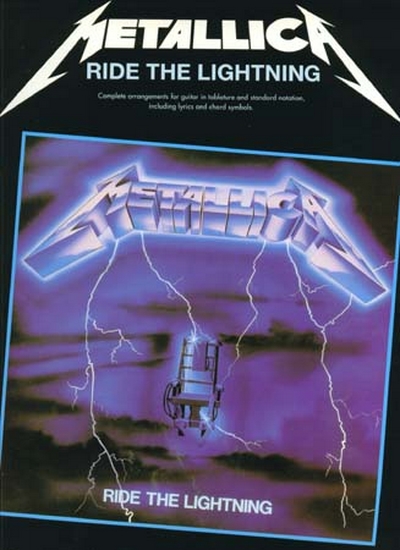 Released in 1984, Ride the Lightning was one of Metallica's most influential releases and includes some of the most popular tracks by these mighty masters of metal, including the popular For Whom The Bell Tolls and Fade To Black . This edition contains complete guitar arrangements for all eight songs from the album with tablature and standard notation, including lyrics and chord symbols.