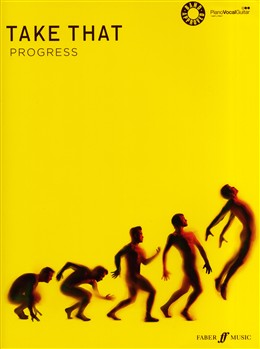 Progress is Take That's sixth studio album, and the first to feature the full lineup of Gary Barlow, Mark Owen, Howard Donald, Jason Orange, and Robbie Williams since 1995's Somebody Else . The album was released in the UK a week earlier than planned (15th November 2010), as it had become the most pre-ordered album of the year. On the first day of the release it sold over 305,000 copies across the UK and became the fastest selling record of the century so far! This artist-approved album matching folio/songbook contains all the songs from the album including the single The Flood arranged for Piano and Voice with Guitar Chords.