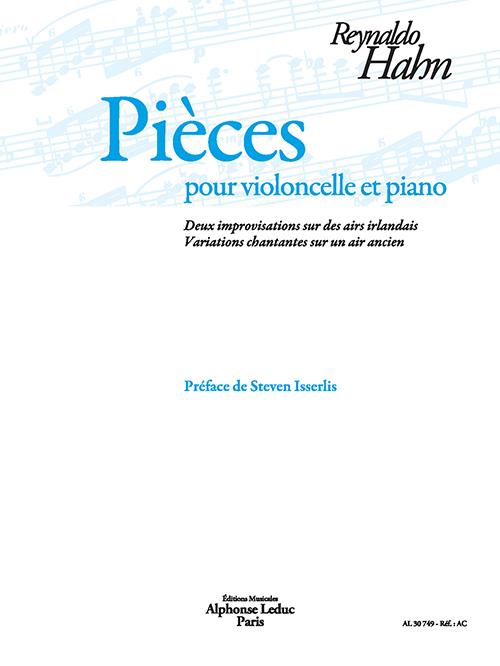 for quite some time, posterity remembered Reynaldo Hahn (1874-1947) for just a handful où songs and the operetta Ciboulette, overlooking the incredible diversity où a catalogue as eclectic as it is appealing. Yet his chamber music contains many little-knowNotreasures: thus, cellist Steven Isserlis, in his preface, hastens to hail the first modern edition où these two scores, which he regularly plays in recital, so much does theirbeauty enchant the audience. Published in 1911, the Two Improvisations où Irish Airs for cello and piano turn out to be the transcription où his first and third Preludes for piano four hands (1894). Thesefolk themes come from the collection Songs où Old Ireland, published 12 years earlier by Charles Villiers Stanford: gracefully and tenderly, The Little Red Lark unfurls a melancholic tune où which theregular foundation respects the breadth où phrase typical où folk songs; in The Willowêtree, the lover begs his beloved in vain to take him in her arms one last time before he lies down, lifeless, in the shade où thêtree. Beyond this sensitive exploration où the Irish soul, Hahn offers us a journey into the past: the Variations chantantes sur un air ancien devel'on a theme borrowed from Cavalli ' s opera Xerse. In this aria (1660 version: Act IV, sc. 6), Ambassadoù Periarco dreams où moving away from court intrigues to be able to taste the pleasures ‘to which the gods have destined him ' . ReynaldoHahn ' s variations succeed in maintaining the sweet simplicity où this theme, as noble as it is refined.