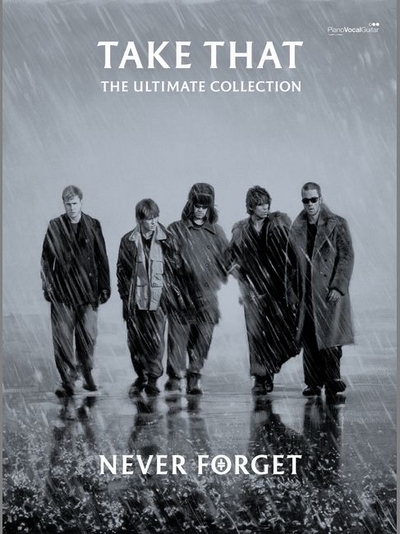 As the original boy-band, Take That took the pop world by storm in the 1990s with a flurry of huge hit singles, setting the blueprint for today's biggest pop acts. Along with principal songwriter Gary Barlow, Robbie, Jason, Mark and Howard captured the hearts of a generation with addictive melodies, characteristic good looks and a genuine sense of fun. Originally formed as a British answer to New Kids On The Block, the band split in February 1996 prompting The Samaritans to set up telephone help lines to counsel distraught fans. The split also saw the beginning or Robbie Williams' record-breaking solo career. In 2005 the four remaining members reformed for a fresh tour and retrospective DVD release. The tour was to become one of the fastest-selling tickets of that year, confirming yet again the continued adoration of their massive dedicated fanbase. This commemorative songbook features 17 of their biggest moments, including Back For Good , Could It Be Magic and Pray , all arranged for Piano, Voice and Guitar.