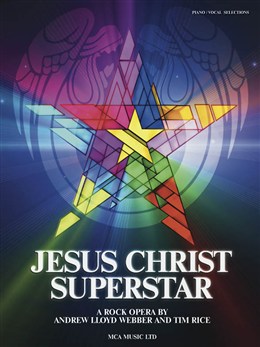 Andrew Lloyd Webber 's first smash hit musical, Jesus Christ Superstar was written in collaboration with Tim Rice and released on Broadway in 1971. The musical featured a line-up up songs which have cemented their place in popular culture as some of the greatest stage songs ever written. This revised and updated songbook features 9 songs from Jesus Christ Superstar , with Lloyd Webber's ever popular tunes expertly arranged for Voice and Piano with chord symbols.