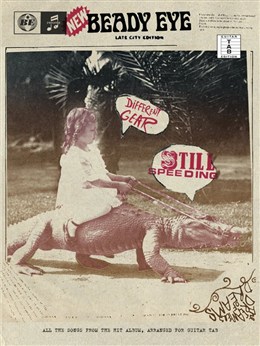 Carrying the Britpop torch where Oasis left off, Beady Eye was formed by Liam Gallagher and other former members of the genre-defining British band following the departure of Noel Gallagher. The band's first album, Different Gear, Still Speeding , has been received with popular and critical acclaim, reaching Gold certification in the UK. Its praise in the press included a review by Simon Goddard of Q who called it "the strongest record Liam's made" since (What's the Story) Morning Glory? . This official matching songbook includes all the songs from the album including the singles The Roller, Millionaire, Bring the Light and Four Letter Word arranged for Guitar TAB.