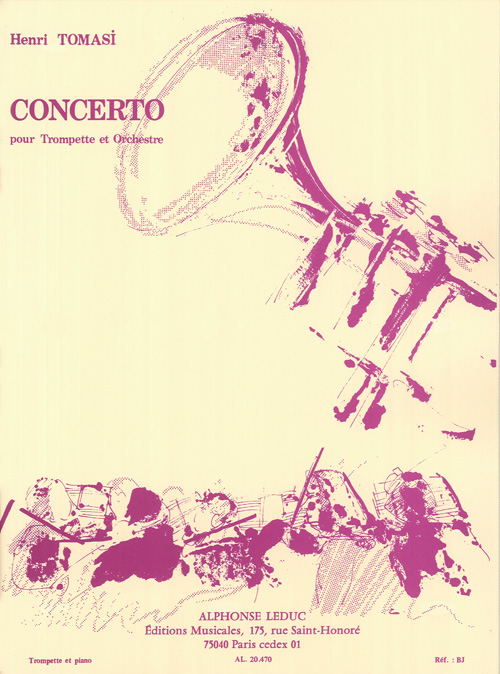 Finished in 1948, the Concerto for Trumpet and Orchestra was composed by the French composer, conductor and the 1927 winner of the Grand Prix de Rome, Henri Tomasi (1901-1971), and lasts approximately 14 minutes. Dedicated to the Trumpeter Ludovic Vaillant, soloist at the National Orchestra, the Concerto for Trumpet and Orchestra was premiered in Paris in 1949. The first part, which lasts 7 minutes, Allegro and Cadenza, begins with a trumpet cadenza and a quiet snare drum background. The Nocturne follows as the second part of this Concerto, and the Finale, the shortest part of the concerto, ends up with acheerful cartoon-music theme. Henri Tomasi also composed a variety of concerti for Alto Saxophone and for Trombone, as well as some ballades.