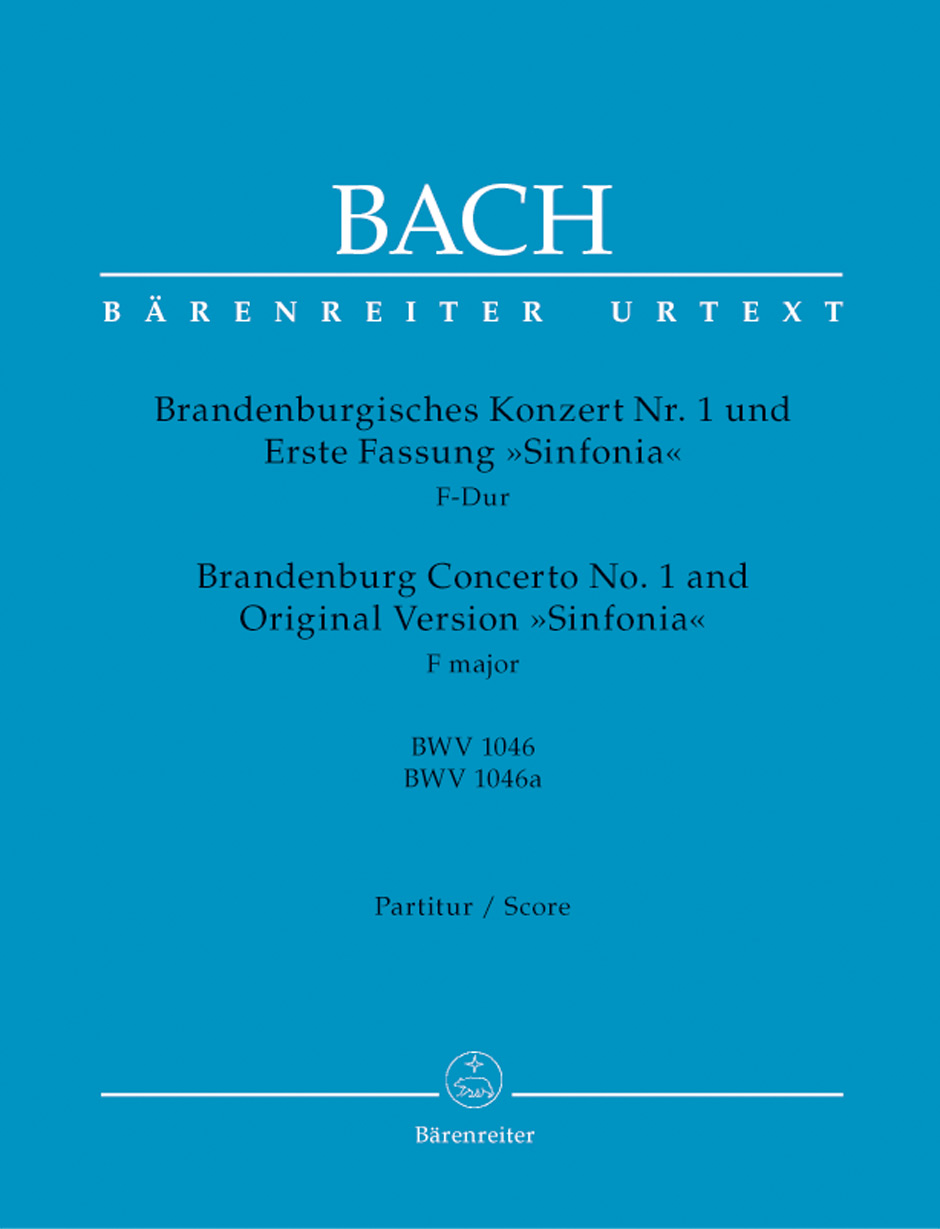 Includes original version of the Sinfonia BWV 1046a. Authoritative Urtext edition of Johann Sebastian Bach 's Brandenburg Concerto No. 1 in F major BWV 1046. The six Brandenburg Concertos BWV 1046-1051, prized jewels of the world's musical heritage, were written in 1721 during Bach ’s appointment in Cöthen. Of the six works, Bach originally wrote earlier versions of numbers 1 and 5 which differ not only with regard to articulation but also at times different tones, different rhythms, instrumentation and of course form. These Urtext publications [BA 5201-BA 5206] taken from the New Bach Edition now giveperformers the possibility to play these earlier versions perhaps even alongside the version known today. In the earlier version of Concerto No. 1 (BWV 1046a), which according to the editor of the edition Heinrich Besseler seems to have been Bach ’s favourite among the six, there is no Violino Piccolo part to be found and, the Violin concerto-like 3rd movement as well as the Polonaise movement are also absent. In nearly every bar the articulation in one instrument or another differs from the later version; for example the 16th-note slurs in bars 1 and 2 of the Horns are missing in the later score, the Oboe slurs and trills in m. 12 are also not to be found. The later version has the Cello separated from the Continuo which means that the 16ths in m. 7 are not to be played by the Violone grosso.