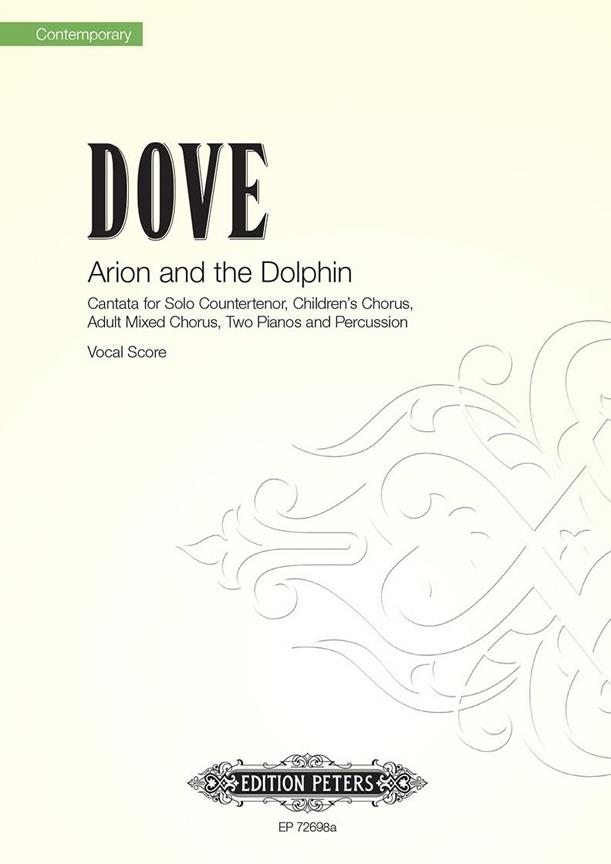 Music runs through the story of Arion, which begins with a singing competition in Sicily. Arion wins the prize, and this puts his life in danger: his newfound wealth excites the greed of the sailors who are supposed to be bringing him back to Corinth, and they threaten to kill him. They allow Arion to sing one last song, and the power of his singing attracts dolphins to the ship. At the end of his song, he jumps overboard, and one of the dolphins carries him to safety. So Arion's musical gift gets him into trouble, but it is also his salvation. The idea of being rescued by a music-loving dolphin is very appealing. In Robert Graves'account of the myth, the dolphin could not bear to be parted from Arion, and accompanied him back to court, where ; it soon succumbed to a life of luxury. However, Herodotus says that, after his rescue and return to Corinth, Arion failed to return the dolphin to the sea, and it died there. Apollo placed the dolphin among the stars, and next to it, Arion's lyre, in recognition of his musical skill. This is one of the mythical explanations of the origins of the constellations Delphinus and Lyra. It seems natural to sing a story that has singing at its heart. When I was asked by the Nicholas Berwin Charitable Trust to write a choral work for Making Music, something that would be within reach of many choirs, and involve children, this story struck me as ideal: the men of the chorus could be the bloodthirsty sailors, and the women could create an atmosphere of mystery for the arrival of the dolphins, represented by children's voices. There would be one solo voice: Arion, the marvellous singer. Andrew Fardell, the conductor who was advisor to this commission, had suggested that I might use the same instrumentation as a popular arrangement of Orff's Carmina Burana, a work that, as well as using children's chorus, features a solo countertenor. I thought the magical, otherworldly quality of this