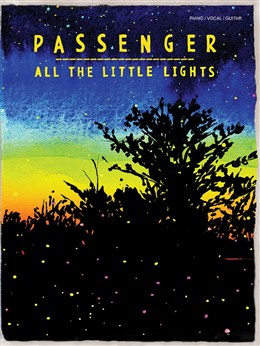 All The Little Lights PASSENGER

All The Little Lights is the third studio album released by British folk-rock singer-songwriter Mike Rosenberg , better known by his stage name Passenger . This beautifully arranged songbook, for Piano, Vocal and Guitar, contains sheet music for all songs from the album, including the hugely successful Let Her Go . Listen to Let Her Go : Fans of Ed Sheeran , for whom Passenger opened on Sheeran 's 2012 North American tour and also on numerous dates throughout Ireland, Australia, New Zealand and Brighton, will appreciate Passenger 's folksy, acoustic sound and the meaningful lyrics throughout All The Little Lights.