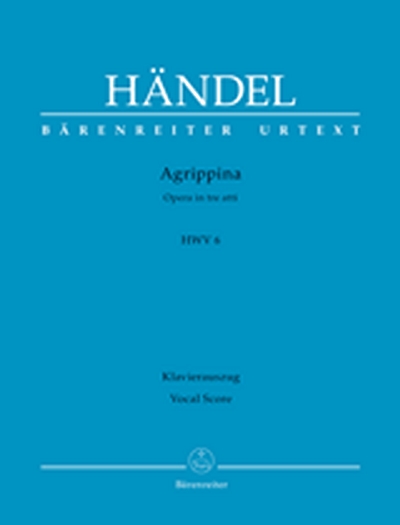 Handel's "Agrippina” HWV 6 was performed with great success at the 2015 International Handel Festival in Göttingen (Germany) using the new Bärenreiter edition including the performance material and this vocal score.

"Agrippina” is the last opera that Handel completed and premiered in Italy. The excellent libretto is one of the few original opera libretti that he set to music. The plot is tightly constructed, the characters sharply etched and equipped with a wide range of human emotions.

Agrippina is married to her third husband, the Roman emperor Claudius. After he is presumed dead, she attempts with deception and intrigue to place her son Nero on the throne.

The vocal score includes all the numbers from the appendix of the full score. These were used either during the successful Venetian series of performances in 1709/10 or were deleted or replaced by other numbers, versions and variants.