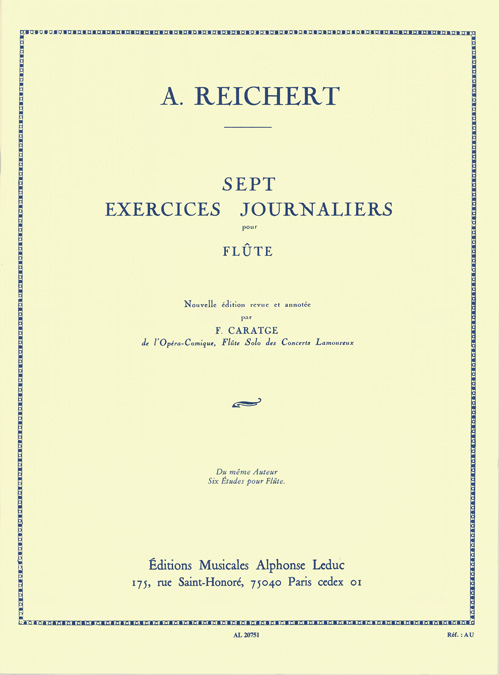 First published in 1872, Sept Exercices Journaliers is a set of seven exercises for Flute by Andre Reichert (1830-1880). This edition presents a version reviewed and commented by Fernand Caratge (1902-1991), from the Opera-Comique. Written for advanced players, Sept Exercices Journaliers should strengthen the technique of those with already some developed technique and skill. The composer, Andre Reichert was a virtuoso flautist, strongly influenced by Brazilian music. He travelled in Europe and Brazil and was one of the introducers of the modern Boë hm systemof the transverse Flute. Famous in Brazil, he also composed a ; polka and a set of six exercises.