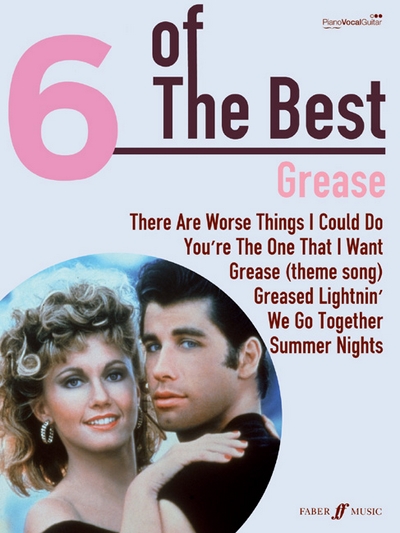 Grease (Theme Song)
Greased Lightning
Summer Nights
There Are Worse Things I Could Do
We Go Together
You're The One That I Want.

Six of the Best is a new series that makes top hits from leading artists available in a new and economical format. No need for large greatest hits compilations, these books simply provide 'Six of the Best'! All songs are arranged for Piano, Voice and Guitar Grease first hit the screens in June 1978 in film directed by Randal Kleiser and starred John Travolta, Olivia Newton-John, Jeff Conaway and Stockard Channing. The film and score was based on the Jim Jacobs and Warren Casey musical, Grease. The film was re-released in March 1998 as the 20th Anniversary Edition although it was not until September 2002 that it had its DVD release.