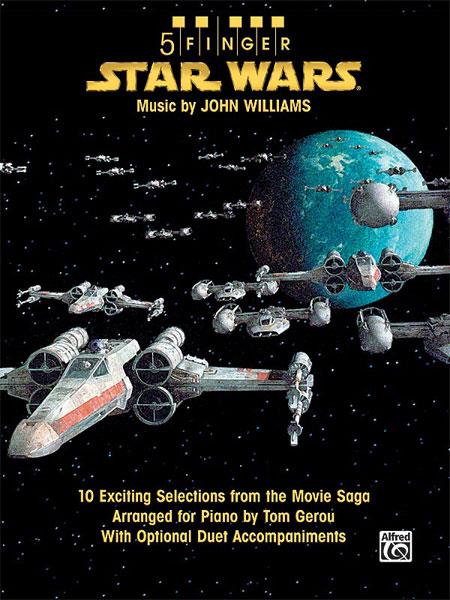 Ten of the most memorable pieces from the Star Wars films have been arranged in traditional five-finger style, with the melody split between the hands, and without key signatures in the solo part. Starting hand positions are illustrated above each piece. Fingerings that are outside the noted five-finger positions and those indicating a shift in hand position are circled for easy identification. Dotted quarter notes, triplets and sixteenth notes have been avoided. All of the melodic arrangements have optional duet accompaniments created to achieve a fuller, richer musical experience. Titles: Across the Stars ("Love Theme") * Anakin's Theme * Cantina Band * Duel of the Fates * The Imperial March ("Darth Vader's Theme") * Luke and Leia * May the Force Be with You ("The Force Theme") * Princess Leia's Theme * Star Wars ("Main Title") * Yoda's Theme.