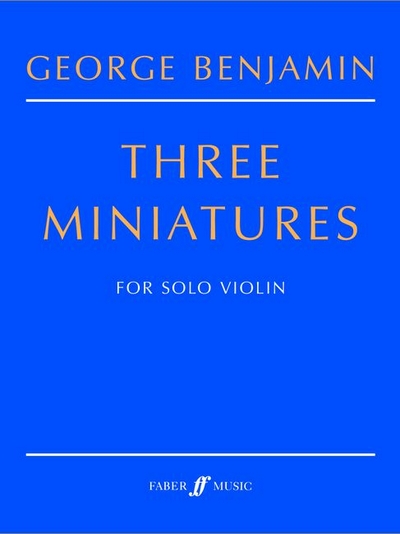 Three Miniatures by George Benjamin for Violin solo. The first performance of A Lullaby For Lalit was given by the Jagdish Mistry in Mumbai, Indian on 21st January 2002. The first performance of the complete work in its revised, extended version was given by Irvine Arditti, at the Jubilee Hall, Aldeburgh, as part of the Aldeburgh festival in June 2002.