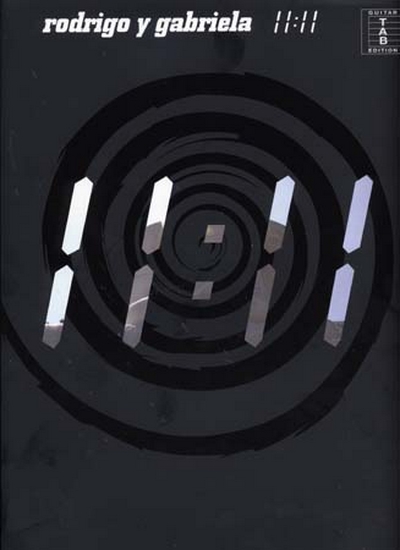 11:11 is the latest studio release from Mexican guitar duo Rodrigo Y Gabriela . Following on from their self-titled 2006 album, this new collection again showcases their unique style, which has seen them become festival favourites worldwide and attract widespread critical acclaim, including an Allmusic 4.5 star rating Each of the 11 tracks on the album is a tribute to a particular guitarist, from fusion legend Al Di Meola to the late metal guitarist 'Dimebag' Darrell. All of Gabriela's incredible percussive rhythmic parts, and Rodrigo's fluent lead lines have been meticulously transcribed in this new tab folio. Also included are the guest appearances on the album by figures such as Alex Skolnick.