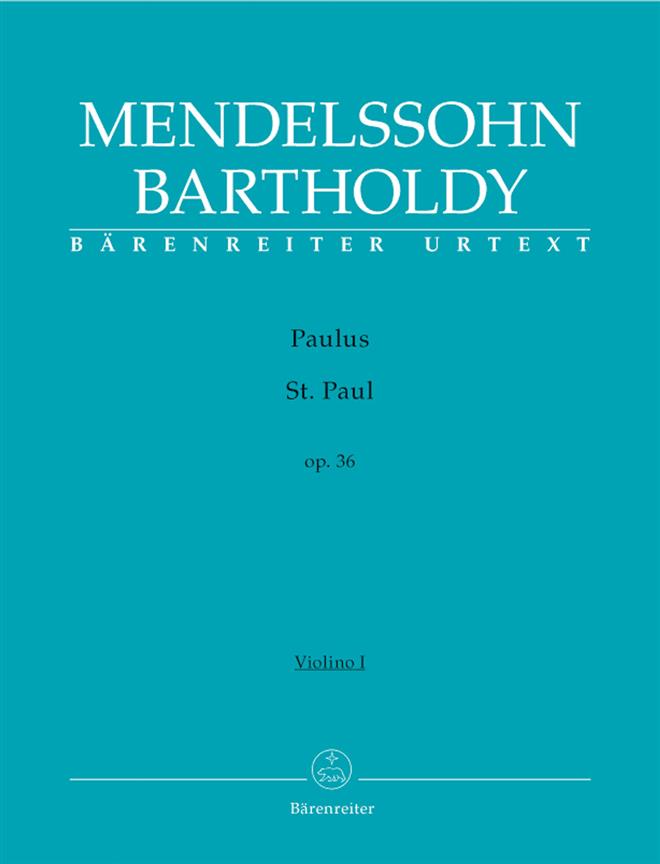 Felix Mendelssohn Bartholdy completed his first oratorio – St. Paul, Op. 36 – in 1836, at the age of twenty-seven. The first version, which was premiered on 22 May 1836, was then extensively revised by the composer. This second version, which at the same time served as the basis for the published version, was premiered as early as October that year in Birmingham. The acclaim with which the oratorio was received was exceptional. Within eighteen months of completing the score, Mendelssohn was able to list fifty performances of the work. Robert Schumann praised the work effusively and even Richard Wagner, who later denigrated Mendelssohn , was full of admiration. Today, St. Paul belongs to the core repertoire of sacred choral music. This Urtext edition of the oratorio, edited by the internationally-recognised Mendelssohn scholar Michael Cooper is based on all critical sources. As well as the principal version of the work, the score also includes for the first time numbers which were composed for the first version and subsequently removed. This gives not only an insight into the history of the composition of the work, but also, with the complete performing material, into the performance of the original version. The full score and vocal score (BA9071-90) include the German and English texts of the oratorio. The vocal score is by Mendelssohn. Urtext edition, representing the latest musicological research Includes all numbers from the original version for the first time Vocal texts in German and English Straightforward Piano reduction