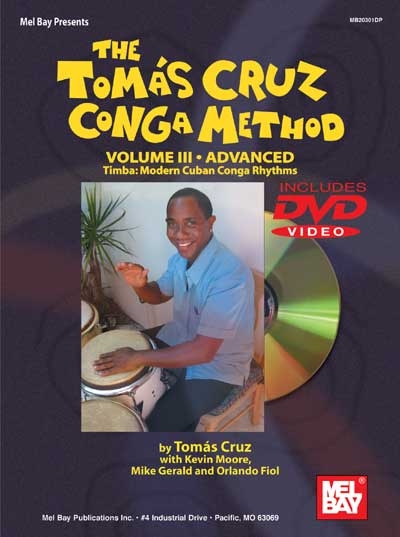 Volume III is the first educational product to tackle the complex subject of Timba, the new musical genre which has been played in Cuba since 1989. Timba represents a quantum leap for all the instruments of the rhythm section and especially the congas. The recordings of Tomás Cruz are considered the most advanced examples of Timba conga-playing and so fascinated the three coauthors that they sought out Tomás Cruz and spent a year and a half studying his style and meticulously documenting it before even considering the idea of publishing it. After many hundreds of hours of passionate research, this 'labor of love' eventually reached fruition as Volume III. Volumes II and I were then written to trace the roots of the style and to understand the path Tomás took to arrive at his phenomenal level of technical mastery and rhythmic creativity. Much more than a collection of patterns or exercises, Volume III analyzes Timba arrangements from beginning to end, explaining the role of the congas in each section, the relationship to the 'clave', and Tomasito's creative process, including an exercise which teaches the reader to invent his own Timba conga parts. It was the intricacies of the material of Volume III which inspired the creation of the Step by Step DVD Method, which enables the reader to learn these exciting new rhythms in a fraction of the time it would take working with only written music and audio recordings.