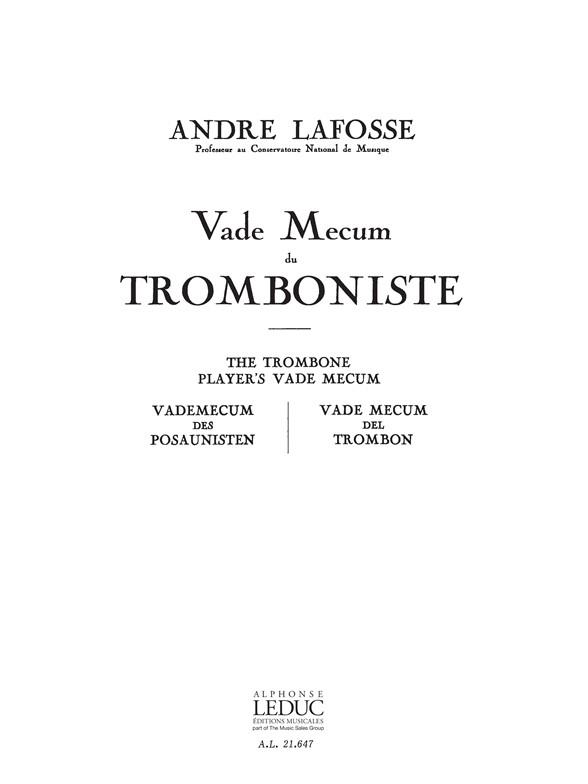 The Trombone player's Vade Mecum was composed by Andre Lafosse for advanced trombonists who are preparing for their exams. Divided into three parts, this piece covers all the necessary elements to prepare the exams: - The first one focuses on technical challenges: minor common chords, melodic minor scales, diminished sevenths, high and low scales, chromatic scales progressing in thirds - The second corresponds to a scale of an octave in semi-quavers, each of its degrees being the starting point for an additional scale. Each scale is followed by its chords and the seven degrees and octave can be played bothdescending and ascending. This second part on its own represents 30 exercises of scales. - The last part is quite difficult with 25 exercises covering most of the other difficulties that could be encountered. These pieces are perfect to get ready and to overcome all the small weaknesses a player can have before a big contest or recital. Andre Lafosse (1890-1975) was a trombonist and a professor at Paris Conservatoire. He also composed a suite for brass quintet called 'Suite Breve' and recorded with Stravinsky.