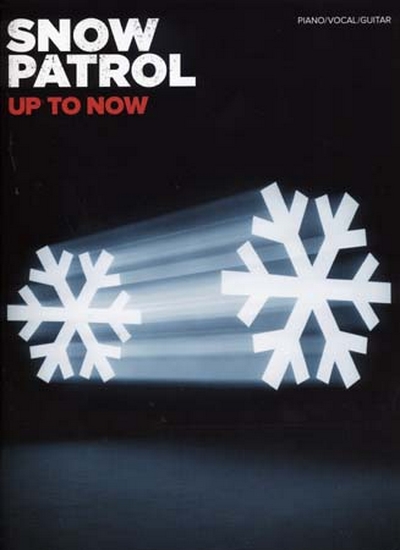 Up To Now SNOW PATROL

Snow Patrol 's Up To Now is not a greatest hits album but rather a collection of the band's best-loved songs encompassing their fiteen year musical career. Arranged here for Piano, Voice and Guitar are a selection of tracks spanning four studio albums, also including the brand new track for this album Just Say Yes and Signal Fire from the Spiderman 3 soundtrack. Featuring songs such as On/Off from their early lesser-known album When It's All Over We Still Have To Clear Up - Run (recently a big single for Leona Lewis) and Chocolate from the highly acclaimed Final Straw - the massive hit Chasing Cars from their fourth album Eyes Open - through to Crack The Shutters and Take Back The City from the recent A Hundred Million Suns - this collection of songs is a must have for all Snow Patrol fans.