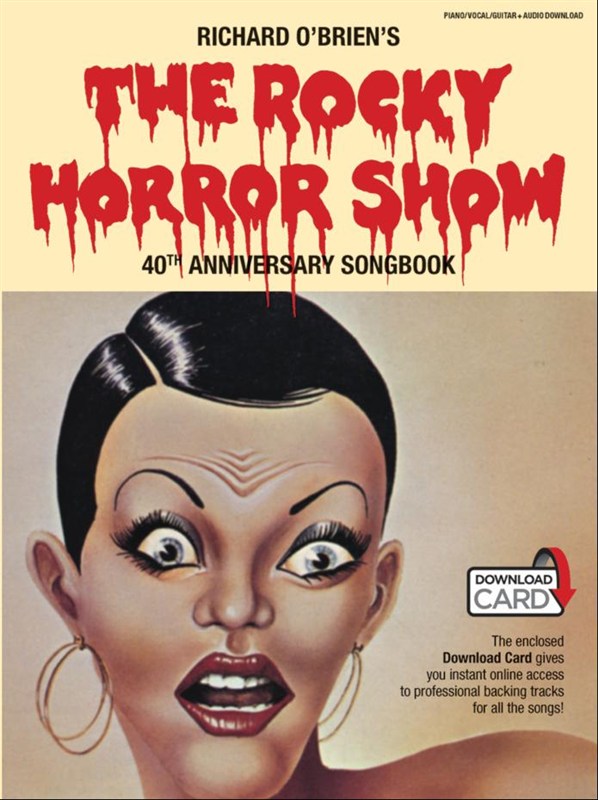 The Rocky Horror Show 40th Anniversary Songbook celebrates 40 years since the making of Richard O'Brien's schlock-horror musical masterpiece The Rocky Horror Show, which made its debut in London before conquering the world.
Here are all the songs from his glorious musical tribute to sci-fi and B-movie horror, arranged for Piano, Voice and Guitar, complete with lyrics and Guitar chord symbols.
This exclusive 40th anniversary songbook is complete with a lavish photo section plus rarely seen scrapbook memorabilia from the composer.
The Rocky Horror Show was always big on audience participation, so here's your chance to sing along with the music. The included card gives you instantly downloadable sound-alike backing tracks.