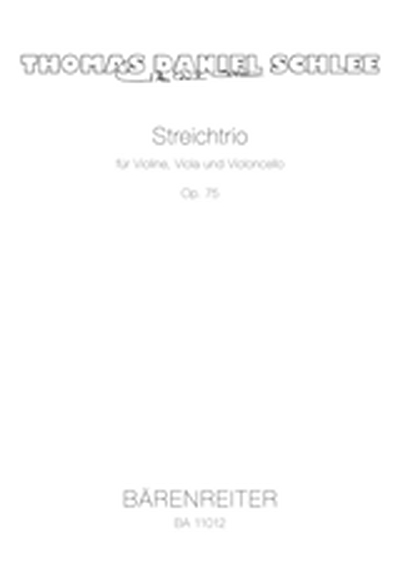 The French titles and tempo markings in this four-movement, twenty-minute-long trio point to the composer's particular affinity to French culture.

The "Prélude” is followed by an impressive "Invocation”, an homage to Schlee's highly regarded former teacher Olivier Messiaen in commemoration of the 100th anniversary of his birth. This movement, composed somewhat earlier than the others, was the departing point for the work. Amongst contemporary music one is not likely to find titles like those that were chosen for the final two movements: "Allégresse” (exultation, joy) and "Eglogue” (eclogue - a short pastoral poem). The titles give the music a lasting dramaturgical quality. They reflect the lyrical, serene atmosphere of this extraordinary masterpiece.