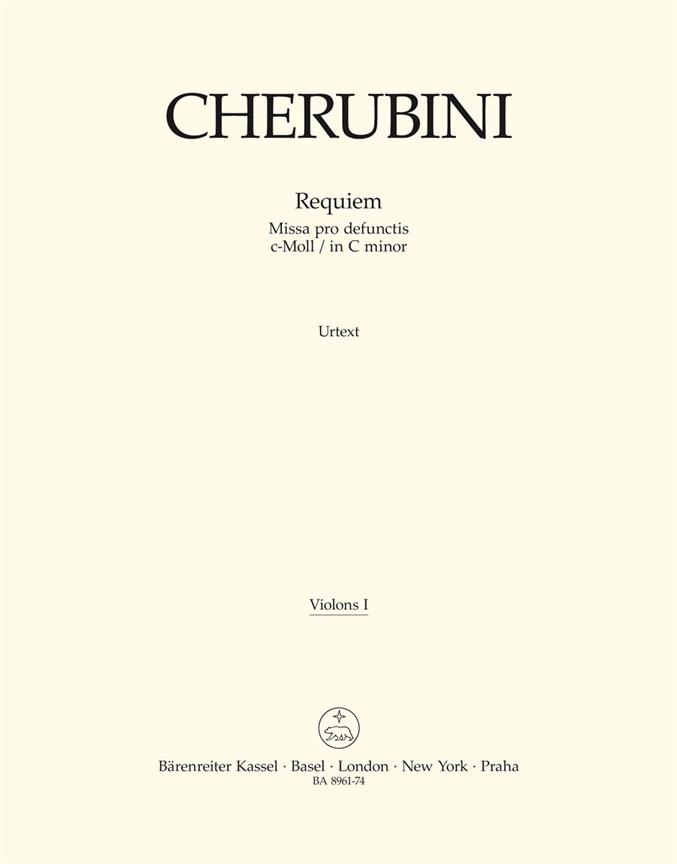 Cherubini owes his fame as a church composer primarily to the "Requiem in C minor” of 1817. It was held in extraordinarily high esteem by such composers as Beethoven and Schumann and served as a model for early 19th-century Requiem settings. Dispensing entirely with solo voices, it captivates with its rigorous formal concentration and its restrained use of musical resources in both choir and orchestra.

This Urtext edition takes into account not only the autograph score with "spartitino” (additional instruments written in by hand) but also the first edition and a copyist's manuscript.
Rounding off this exemplary Urtext publication is an informative Introduction and a Critical Commentary (Eng).