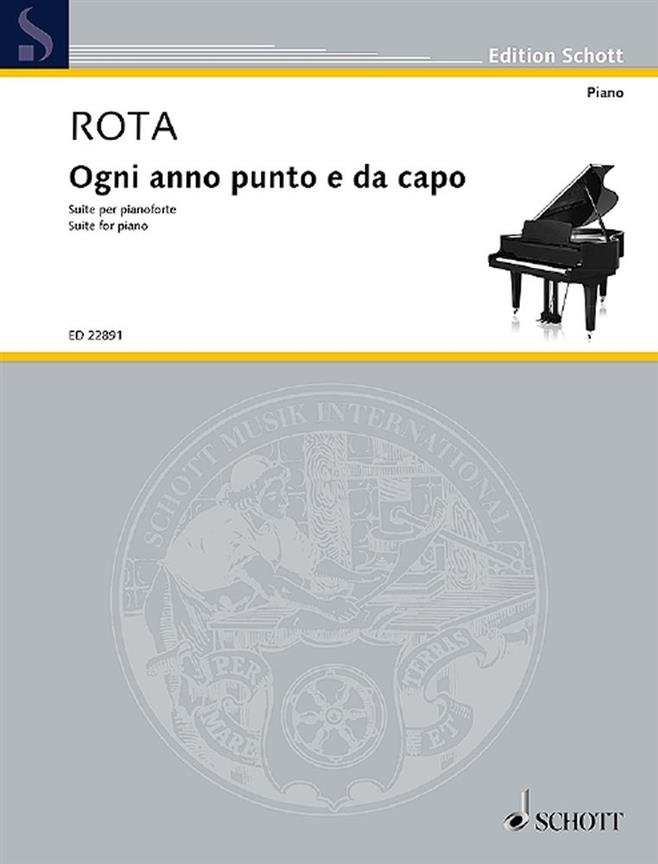 Ogni anno punto e da capo (Every Year Again) is a one-act comedy by Eduardo De Filippo, which premiered in 1931 at the Teatro Nuovo in Naples. On the occasion of the revival at the Piccolo Teatro in Milan in 1971, De Filippo asked Nino Rota to edit some songs of the Italian Rivista tradition from the thirties and provide them with additional music. Of the music arranged and composed by Rota, only the piano score published here remained, which probably served as a basis for the instrumental version.