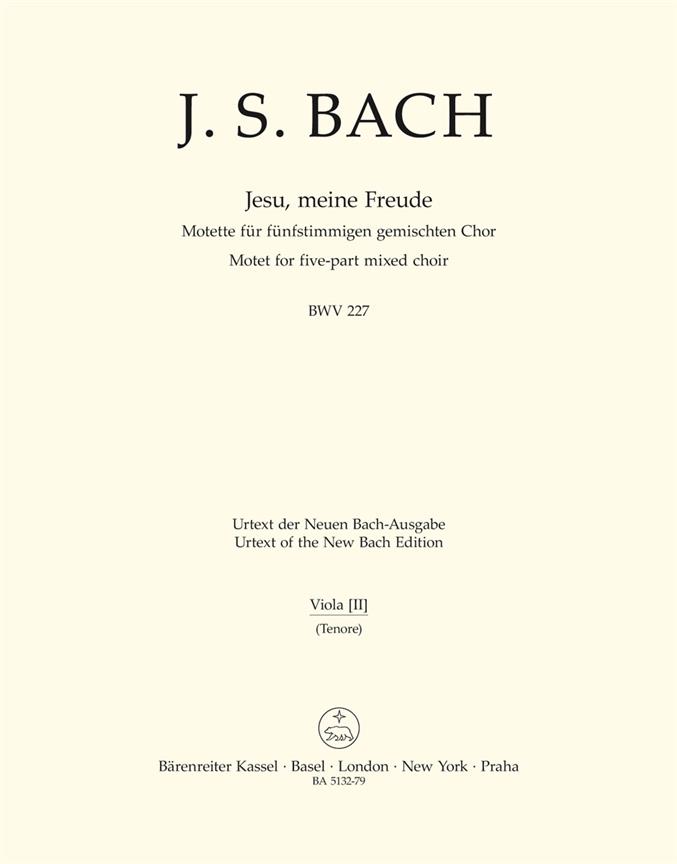 All of Bach ’s six authenticated motets were written between 1723 and 1727 for St Thomas’ Church, Leipzig, where Bach was appointed as director of music in 1723. During this period, Bach composed most of his cantatas, and it seems likely that for ordinary Sunday services he used existing motets from the seventeenth century tradition, reserving his own motet compositions for special occasions. Four of his six motets were written for the funeral services of prominent members of the St Thomas’ congregation. Jesu, Meine Freude (BWV 227), the longest, most musically complex and earliest of the six, was written in 1723 for the funeralof Johanna Maria Käsin, the wife of Leipzig’s postmaster. Jesu, Meine Freude BWV 227 is a beautifully constructed motet for five-part mixed choir, by J. S. Bach. This Urtext edition provides you with a clear and accurate realisation of the composer’s original intentions and includes thoroughly detailed editorial markings and suggestions, as edited by Konrad Ameln. Urtext of the New Bach Edition Performance material and choral score (BA5132) available for sale Complete edition of the 6 Motets Vocal score with Piano reduction (BA5193-90), choral score (BA5193)