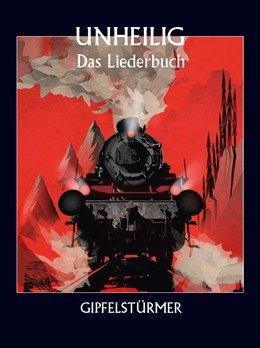 Unheilig's ninth album Gipfelstürmer was released in December 2014 and rocketed straight to number one in the charts. The band, led by frontman Bernd Heinrich "Der Graf" Graf, have incorporated a number of eclectic styles in their work, and with this sheet music songbook, you can learn all 16 tunes from their latest effort.

After more than 15 years making music and touring, the charismatic Count embarked on a huge tour, ending in September 2016. To celebrate this musical event, and the release of Unheilig's ninth album, this sheet music songbook brings together all of the songs from this hit record, arranged for Piano, Vocal and Guitar. Featuring songs like Zeit Zu Gehen, Mein Berg and Held Für Einen Tag, you'll be singing and playing the best tunes from this modern classic album in no time at all.

As if accurate and authoritative sheet music were not enough, inside this Gipfelstürmer sheet music song book is a treasure trove of high-quality, artistic photographs, as well as an introduction written by the Count himself. This is perfect for any fan of the band who wants to learn to play Unheilig's songs exactly as they do.