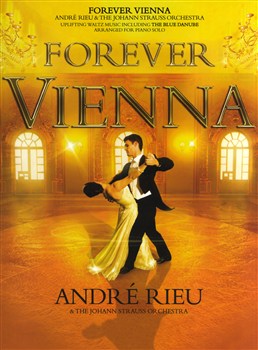 All the uplifting waltz music from the classical chart topping album arranged for Piano solo, including The Blue Danube . With Forever Vienna , the Johann Strauss Orchestra has broken records to become the best selling orchestral album ever, topping the classical album charts from the time of its release for over three months. The album has also transcended its traditional market, reaching the number 2 spot on the pop charts. Much of this success is down to conductor André Rieu who has injected fun back into the waltz by not so much conducting as leading the orchestra with his Violin and a mixture of wit, humour and spontaneity rarely seen in the classical world.