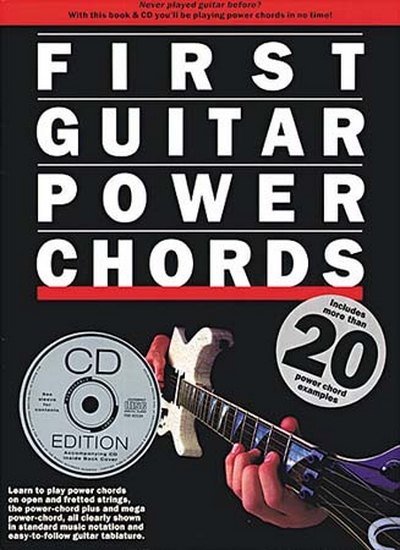 Never played guitar before? With this book and CD you'll be playing power chords in no time. You'll learn how to play power chords on open and fretted strings, then move them around the fretboard so you can play in any key. You'll learn the different forms of power chord - from a two-note version to the mega power-chord with up to six notes. Plus, you will play power chords at different octaves and learn rhythm tricks such as anticipation. Both standard notation and guitar tablature are used throughout the book, which also includes a useful introduction to the basic rudiments of music and a guide to the guitar. All the examples are played on the accompanying CD.