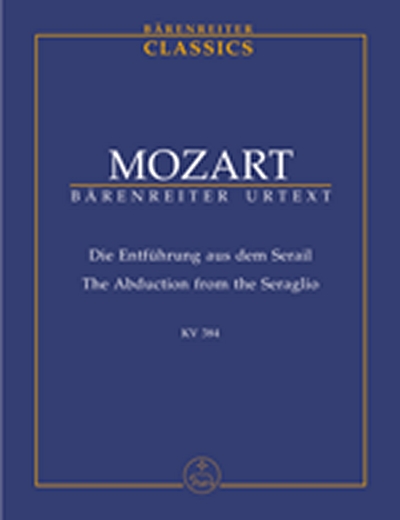 “I know for a fact that the Emperor is proposing to mount a German opera in Vienna, and that he is making every effort to find a young Kapellmeister who understands German, has talent and is capable of striking out on a new path. [. . . ] I think it would be a good thing for me – provided, of course, that the pay is good. If the Emperor will give me a thousand gulden, I will write a German opera for him. ” Thus Mozart in a letter of 10–11 January 1778 from Mannheim to his father, Leopold. He continued by asking his father to “write to every good friend in Vienna you can think of and say that it is in my power to do honor to the Emperor. If he won’t take meon any other terms, then let him try me with an opera. After that he can do what he likes for all I care. ” Urtext of the New Mozart Edition Full score (BA4591-01), vocal score (BA4591-90) and study score format 22. 5 x 16. 5cm (TP311) available for sale Performance material available for hire (BA4591-72)