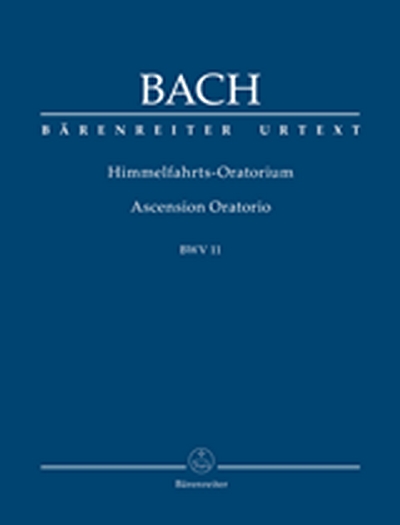 Bach composed his oratorio for the Feast of the Ascension in Leipzig in 1735. Though this work has the duration of a cantata, the choice of text places it among the oratorios. It combines the biblical account of the Ascension with chorales and free madrigal poems.
As in other works which were composed during this same year (e.g. the "Christmas Oratorio”), Bach reveals a special fondness for colourful orchestration, with two flutes, two oboes, three trumpets, timpani and strings, creating a splendid Baroque sound with a strikingly festive character.
This edition is based on the thoroughly researched musical text from the "New Bach Edition”.