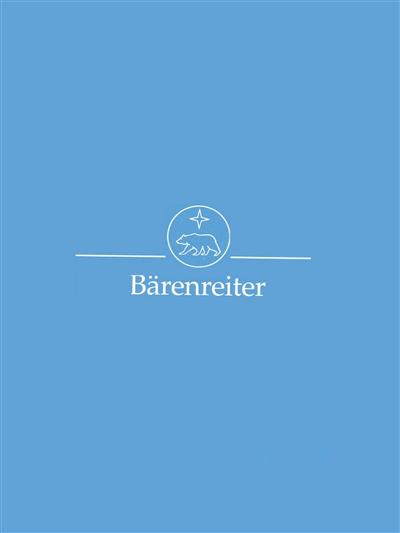 Missa Cellensis Hob. XXII:8 'Mass for Mariazell' Urtext: J. Haydn Werke, Henle Verlag Score containing also Missa brevis Sti Joannis de Deo (Little Organ Mass) (Hob. XXII:7) Missa in Tempore Belli (Pauken Mass) (Hob. XXII:9) Missa Sti Bernardi von Offida (Heilig Mass) (Hob. XXII:10) Appendix: Inter alia the version of the Gloria from (Hob. XXII:7) from Michael Haydn In March 1781, one of Haydn's friends, Anton Liebe, a member of an old and distinguished Austrian military family, was raised to the nobility. He seems to have asked his friend, Joseph Haydn, to write a festive ; thankoffering in the form of a Mass for the famous pilgrimage church of Mariazell, in Styria. Haydn began the work in 1782, and recently the original parts to the Missa Cellensis were found in the organ loft of the splendid baroque church at Mariazell. Haydn's ; Mariazellermesse has always been one of his most popular works. The ; Volkstumlichkeit (which one might translate as ; down to-earthiness ), the miraculous fusion of polyphonic forms with the language and form of the Vienna classical school & note that the Kyrie is in sonata form with shortened recapitulation and coda & , the brilliant orchestration to which the trumpets and drums contribute so much festive joyousness: all these have won the hearts of audiences everywhere whenever the Mass was given. - Urtext from Joseph Haydn Werke - Full score, parts and vocal score available for sale